My Latest Attempt To Win At Yeast Bread Baking

I consider myself a good cook, maybe even a great one. I think, most of the time, I am an above average baker, also.  I have been cooking and baking regularly since grade school. I started at home long before the required Home Ec classes that started in Jr High.

BUT there is one thing that I have never, I mean EVER been able to conquer.

That is yeast breads.  Anything yeast, actually. (Unless of course, it is in a bread machine. Hard to fail at that!) I have attempted time and time again to make homemade bread and to make it successfully. So far, the score has been Me-0, when it comes to winning.

Yesterday was a quiet day and I had seen this recipe I had saved. I was cleaning out my binders of saved and printed recipes when I ran across it.

“Easy” Brioche Bread. So simple, even beginners could do it.  Now while I didn’t necessarily believe that, I decided…

The recipe looked easy enough. Mind you, that hasn’t been my downfall at all. It is the second rising stage that the dough requires.  That is pretty much a fail every time.

I gathered all the necessary items and dug in. This recipe called for the stand mixer to do all the work. So there should be no reason it shouldn’t work, right? I had my doubts.

I warmed the milk to the correct temperature-according to my thermometer. I mixed it with sugar in the bowl and sprinkled the yeast on as instructed and walked away for 10 minutes while it ‘bubbled and foamed’.  I wasn’t sure it did enough, but continued. Added three beaten eggs as instructed. 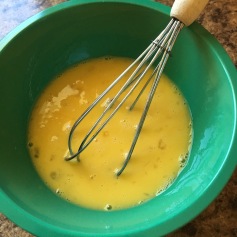 Next you slowly added the flour and salt and let the mixer do the work.  It calls for using the paddle and not the dough hook as shown. I tried that and it seemed to be doing nothing so I changed it up.  After that was mixed and rested, I added a lot of butter-it is brioche after all.  I wasn’t all that pleased with how it looked but continued.

In a bowl and off to the refrigerator it went for four hours. I thought it looked pretty sad when I took it out, not like risen dough at all. Not making brioche bread before, I didn’t really have anything to compare it too, but I sure felt that maybe I failed the first raise this time. But, again, I continued.  I made the square as directed and rolled it up, put it in the pan to raise for another hour and a half-to hopefully raise to the top of the pan. As you can see, the dough was not smooth. Yet, I continued.

My son taught me a trick he uses when he makes bread.  While raising the second time, he grabs a heating pan. It has worked quite successfully for him. I was hoping for at least a raise to the top of the pan. 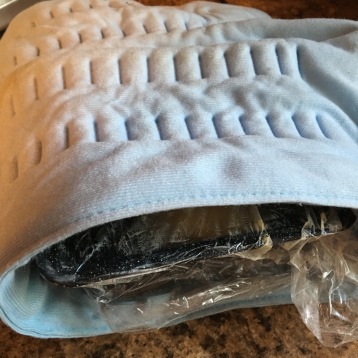 As you can see, it did raise, but it was looking more like monkey bread than a loaf of brioche. Still determined to see it through and because I started it almost 6 hours before, I continued.

It baked for 20 minutes, then I brushed it with a beaten egg and baked 10 more. While it didn’t look anything like the picture, no surprise, it did bake nicely and browned well. 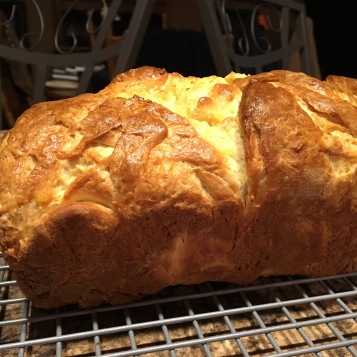 After letting it cool for a few minutes, I sliced, buttered, and tried a slice. It might not be pretty, but it actually was delicious. So much so, I had a second one. (Couldn’t leave the yummy end piece now, could I?) 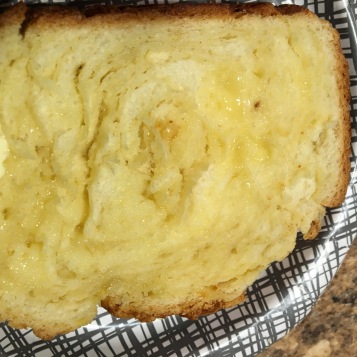 My son had been out and when he came home, he commented, “See, you CAN make bread!”

I won’t mention it was dark in the kitchen at the time!

ETA: So the best thing? My son used it and made me french toast for lunch. YUM! 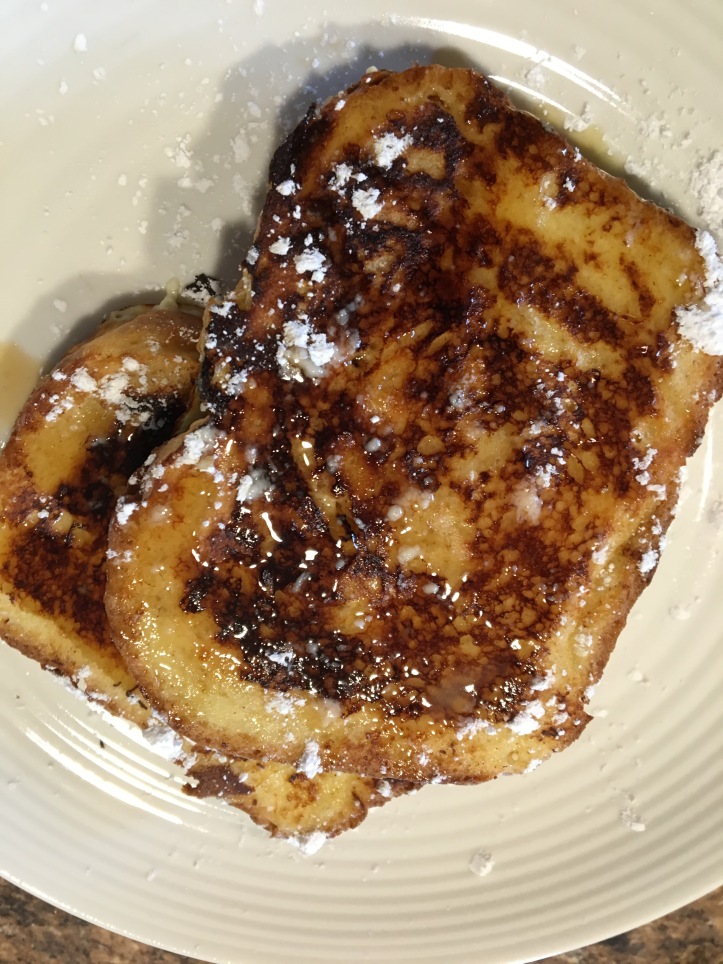