I often think that each week is the last one of these I will do. I have said, it doesn’t seem to be very popular, but that is okay, it is still fun to share some random pictures with you.  Today I used number 16-for 16 days until Christmas.  This was the picture.  I tried to lighten it up so you could see the little one hiding behind the branches. 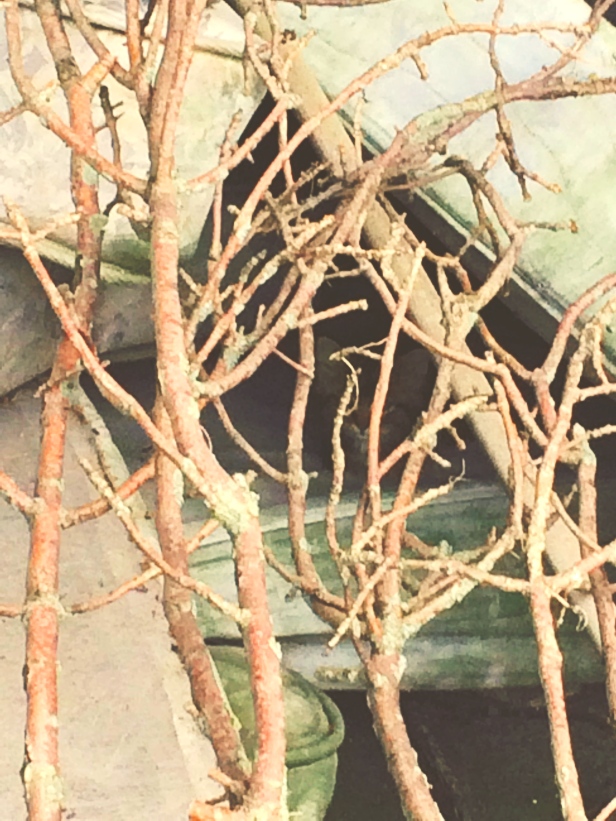 I am sure I have told this story before, but this was the picture, so here is the story.  I was doing dishes one night this summer with the windows open. I heard such a sad, scared, tiny meow. I went outside thinking there must be a kitten stuck somewhere. I saw him sitting outside the old corn crib, near where he is in this picture.  He looked so sad and was so vocal.  He would run and hide when I went over there, but would come back out. I called my son’s girlfriend because I knew she would want to rescue him. She came out with a carrier and my daughter and her spent an hour coaxing and finally getting him out.  She took him home and gave him a bath. They decided to keep him although they had another cat. She spent a week working on them getting used to each other and now they are great buddies!  He has grown so much and is such a beautiful cat!

This is not the first cat we have found out on the farm.  We get wild ones that run when they see you, but we have also had several dumped out here. That makes me sad and it is hard when you can’t get anyone to take them.  I am glad this one turned out good!