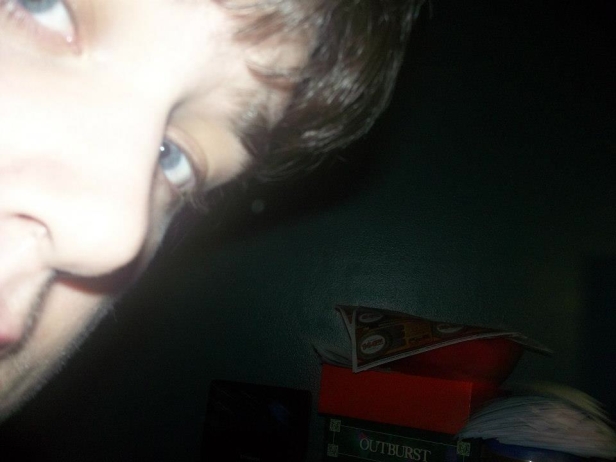 I had decided awhile ago that when Jamie lost 100 pounds I wanted to write about it.  Why, you ask? What is so special about that?  If you know anyone with a disability like his, you might know how extremely hard that is!  Many like him tend to not be very active and have a very limited amount of foods that they will eat, most likely not the healthiest of choices. When he had the last health scare a couple years ago, that I knew was NOT a seizure, I knew we had to do something. He had asked for water like he did every night at about the same time.  But this night, was different. He could not say the word.  He knew what he wanted to say.  He was unable to.  Daniel still lived here at the time and he heard just as I did, that something was wrong. My heart was beating so fast. I was so scared.  He could not say Daniel’s name. So we took him to the ER. Unfortunately, since he had had 2 seizures before they blamed that.  I suspected a small stroke. Fortunately, he had a follow up with his neurologist, who agreed with me. No seizures. He ordered a heart test. As many tests and things go for him, this was an ordeal.  It is so hard to sit and watch him endure these things. This test did find diminished capacity when his heart contracted. It was working too hard. It terrified me. At this weight, he was very unhealthy and I knew we could lose him and most likely would if we couldn’t figure this out! His doctor suggested going to the weight loss clinic as he was very very overweight.  People would be shocked to know what he weighed.  Being very tall he didn’t look it. Now we were on a mission to figure this out.  The dietician agreed with me, that it would be a waste of his money and time to go there, after I told her what he would eat. Not much. She simply said what we all know, it is more calories out than in!  We got a recumbent bike for him, as suggested by his neurologist. And we began.  Proportions were watched, serving sizes, no extra goodies. The weight came off.  Sometimes slowly.  He has hit plateaus and gone up some times. Finally, he has lost 100 pounds!  I finally had to hide his favorite pair of pants, as the only way he could still wear them is to hang on to the waistband so they didn’t fall down! He had taken a selfie awhile ago and I am shocked to see it-he had no visible neck. Now, he looks like Jamie again! He walks with a spring in his step. He can do anything without the perpetual sweat on his brow, always wiping it away. It is a continuous journey that is not done yet! But it has been a great one to take with him! He looks amazing and HE is as proud of himself as we are of him! He inspires me! Always.