One month, five days.  That is how long ago it was that my husband had his stroke. 36 days ago I was sitting in a hospital chair, watching the flurry of activity going on, watching the myriad of tests being conducted, listening to doctors and wondering, not only how we got there, but wondering just where the road was going to lead. 36 days that went by very fast although there were some days that seemed to never end.

I have watched him struggle with memory, watched it improve, watched him be happy with progress, watched him be frustrated with it also.  I saw a man on March 12th unlike the one I was familiar with. It was someone more vulnerable than I ever imagined he could be, or I would see.  I saw the struggles, sat thinking about the unknowns. I thought a lot about the what ifs.  What if it never got better?  What if it got worse?  What if he could never drive again or work again?  Worse of all, what if I lost him?

Then March 13th came.  He was already stronger with much of the weakness disappearing quickly. He looked more like himself than the day before, yet he was different.  He knew so much had to change from now on. He was determined.  After only 2 days in the hospital he was discharged into the Stroke Rehab Unit.

His progress there was nothing short of amazing too.  Just the difference from day to day was incredible.  After only 5 days there, he was sent home!  Recovery, it seemed was happening at a rapid pace!

Next was outpatient rehab for speech, physical, and occupational therapy.  He is already finished with all of that too.  He did so well that as of today, he has been released to go back to work with no restrictions!  ALREADY!  He will return on Monday.  I am so proud of him. I am so happy that his progress has been so incredible!  Things could have been so much different.  I think he is a blessed man! I hope he remembers to keep working at it all, to be proud of himself and to try not to be so frustrated.  He still has that goal to meet.  The one that he told them all that first day or so was the one he was working on.

I would make bets that he is back on this sooner than anyone expects!

We certainly have been thrown a lot of curves in our life. You just have to learn to lean into them! 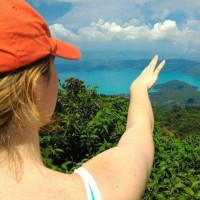